The 23rd Psalm: A Faith-Based Screenplay 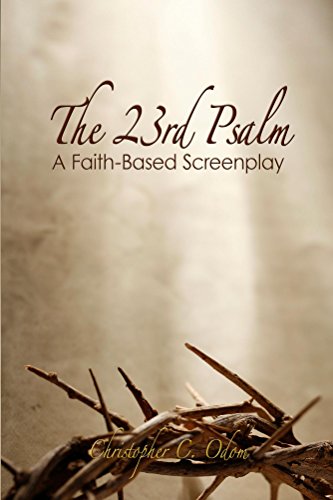 An alcoholic police detective wrestles with his faith in order to solve the murder of a transformed prostitute. Set amongst the urban decay and unfettered angst of Los Angeles, Police Detective John Smith battles alcoholism and cynicism. Going about his daily routine, initially John remains complacent over a seemingly ordinary prostitute murder. But when John’s intuition awakens, he experiences revealing visions about the victim and her murder. John must conquer his vices and overcome his skepticism to embrace intuition, question the unusual suspects, and allow his visions to illuminate the truth. A smartly written, modern day, faith-based screenplay with a “surprise” ending, THE 23RD PSALM ushers in a new generation of urban transcendental cinema. Blending the structure and character relationships of Akira Kurosawa’s RASHÔMON and Orson Welles CITIZEN KANE, THE 23RD PSALM is an evolved exegesis of the human psyche and the nature of man.