Citizen Kane and the Magnificent Ambersons 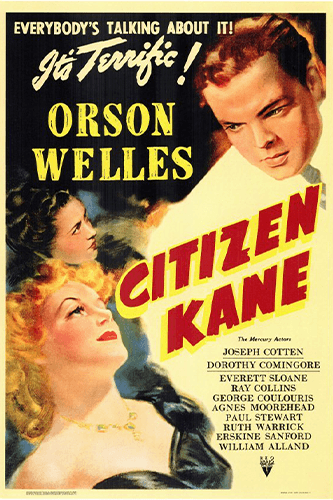 Stylistically, CITIZEN KANE and THE MAGNIFICENT AMBERSONS are similar, but not the same. The majority of the scenes in each film utilize group shots, showing every character in the scene in the frame at the same time emphasizing community. Both films also utilize depth of field, where characters are filmed in large rooms or at great distances apart. In Citizen Kane, the depth of field is more widely used, especially in the group shots. The kicker scene for that is when Charles and Susan are arguing in Xanadu from the two separate ends of the room. Charles seems to be a hundred yards away. This is very spooky because it’s supposed to be their home. Later when they have a picnic, Charles tells Susan to stop shouting at him because they are in a tent and not at home, so he can hear her just fine. That scene, like all the other scenes are a microcosm of the whole film. CITIZEN KANE is about not really knowing who a person really is. Once you figure that out, it’s enjoyable to watch the film over and over again, because each scene, each line of dialog, and each frame constantly rings true of this.