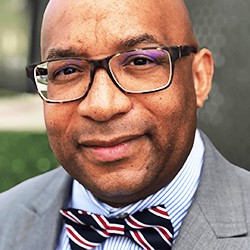 Christopher C. Odom is a PhD student in the Texts & Technology, Digital Media Doctoral Program at UCF with a research area of focus in the visual imagery of social movements that lies at the intersection of visual and multimedia culture and rhetoric & digital activism. His research and teaching interests include counterpublics, critical communications, digital activism, social movements, and visual and multimedia culture and rhetoric. Christopher serves as a course director in the Creative Writing Master of Fine Arts Program at Full Sail University. He teaches graduate students screenwriting, video production, website production, and social media personal branding. A published author and graduate of the University of California, Los Angeles (UCLA) Master of Fine Arts (MFA) Program in Film, Television and Digital Media, Christopher C. Odom is a domestic and international award-winning filmmaker and voice over talent whose work has appeared in major cities worldwide including Cannes, Berlin, Tel Aviv, New York and Los Angeles. 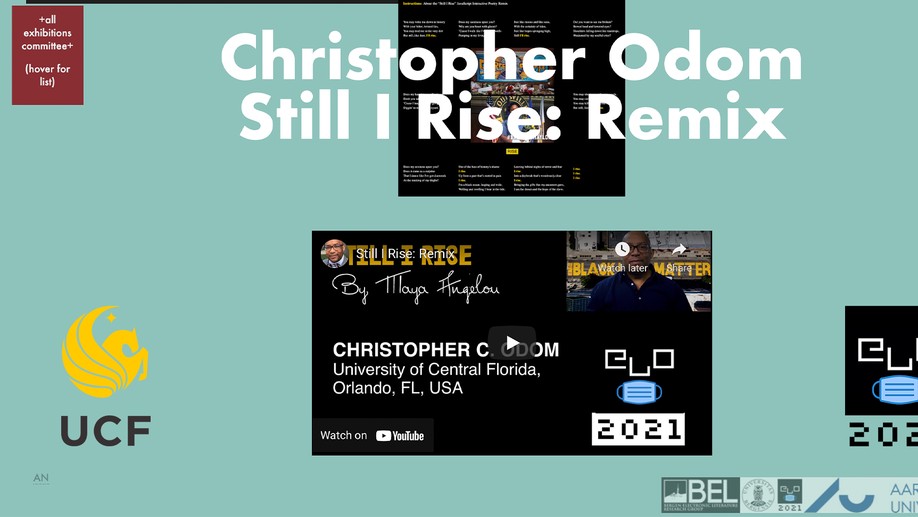 “Still I Rise: Remix” is a visual, lyrical, digital interactive fight song for civic action for the Black Lives Matter social justice and social change movement. Created during and by the stressors intensified from the global pandemic, this JavaScript interactive poetry remix embraces the digital activism made exponential during the pandemic through the platformization of counternarratives. The remix blends multiple digital mediums with cultural artifacts of the past and present to weave together a rhetorical and semiotic interactive experience that enlightens society and uplifts the human spirit. Through multimodality and intertextuality, “Still I Rise - Remix” exploits the aesthetics of the digital interactive experience through multiple artistic forms of expression, including code, video, audio, and hypertext. This COVID E-Lit interactive exhibition is a multimodal expression and declarative statement for the Black Lives Matter movement which embodies the spirit of change, inclusion, and social justice. “The medium is the message.” Experience “Still I Rise - Remix.” 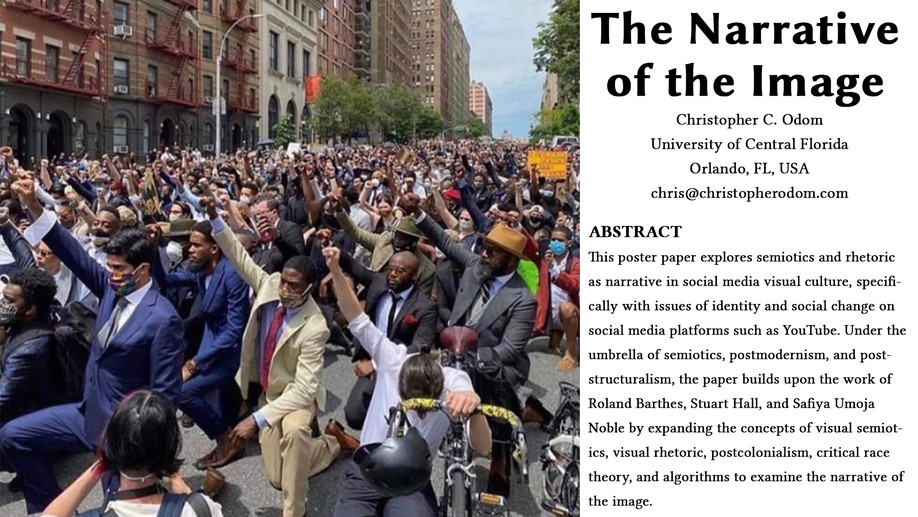 The Narrative of the Image

This poster paper explores semiotics and rhetoric as narrative in social media visual culture, specifically with issues of identity and social change on social media platforms such as YouTube. Under the umbrella of semiotics, postmodernism, and poststructuralism, the paper builds upon the work of Roland Barthes, Stuart Hall, and Safiya Umoja Noble by expanding the concepts of visual semiotics, visual rhetoric, postcolonialism, critical race theory, and algorithms to examine the narrative of the image. 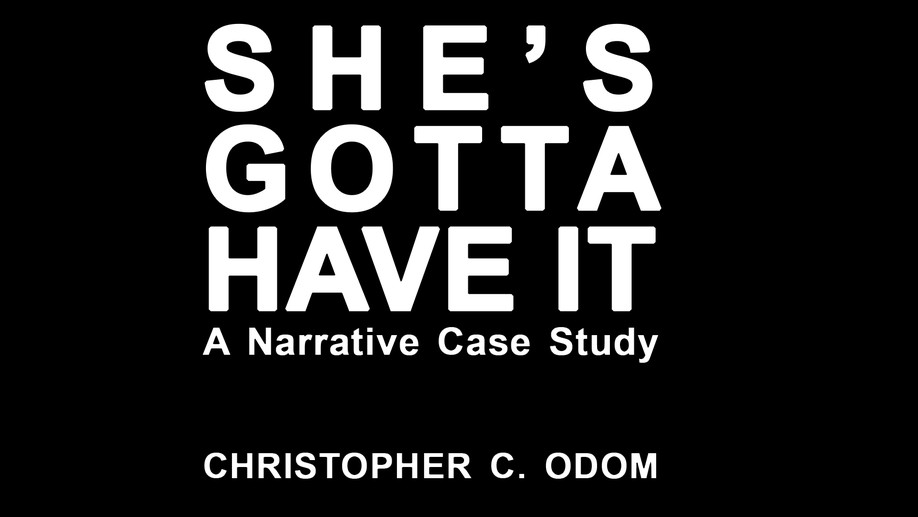 She's Gotta Have It: A Narrative Case Study

SHE’S GOTTA HAVE IT: A NARRATIVE CASE STUDY examines Spike Lee’s 1986 breakout film. Within the arena of Narrative Studies Criticism, the case study examines the primary character introductions and a determination of the narrative’s fabula and syuzhet. 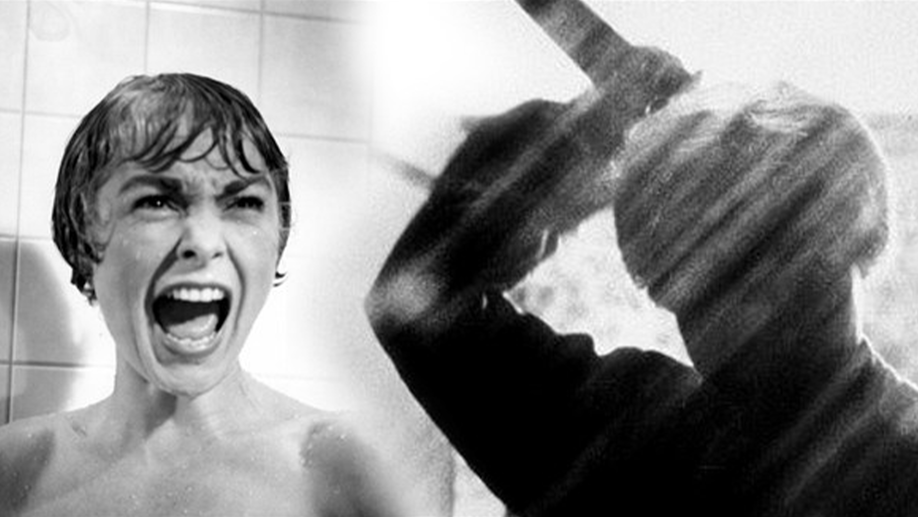 The thriller is an all-encompassing umbrella genre that corrals all other genres underneath it. It is difficult to determine if a movie is only a thriller. The most popular sub-genres of the thriller include spy, detective, psychological, horror, action, and supernatural thrillers. Thrillers habitually mix the tenants of other genres in a single film as well as the tenants of the sub-genres of the thriller. The main ingredient of a thriller is suspense, excitement, and tension, whereby thrillers set out to evoke an emotional reaction. Thrillers often create an atmosphere of creeping menace and sudden outbursts of violence, crime, and murder. Gunfights and chase scene are common set pieces. One of the main themes of thrillers is the existence of a double world – one civilized and one savage. In Hollywood, the dark corrupt, dangerous, savage world is usually overcome by the status quo, but with lingering side effects. Thrillers also favor, loose, episodic structures with labyrinthine, maze-like plots, filled with myriad twists and tangles. There is a loss of control for both hero and spectator. Both hero and spectator become tangled up and a part of the same mysterious world that they are investigating. 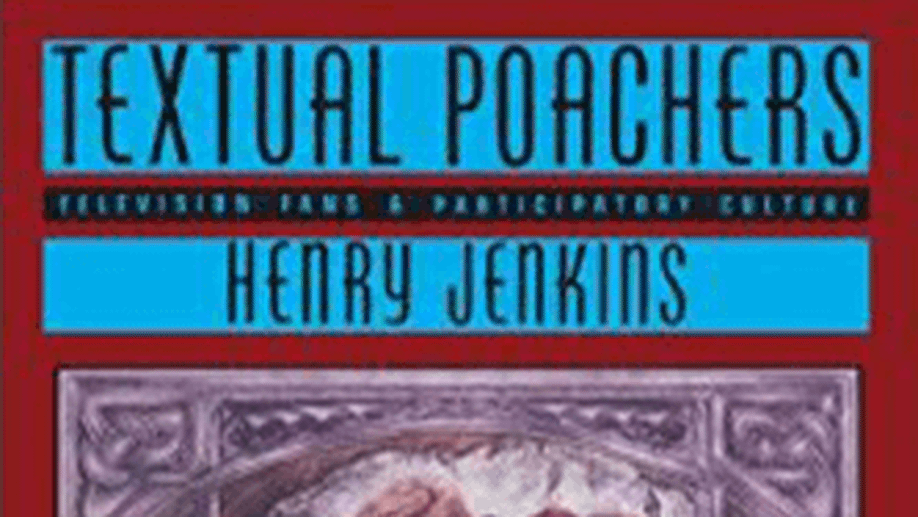 Is Jenkins Metaphor of Poaching Valid?

In Henry Jenkins book, ‘Textual Poachers: Television Fans & Participatory Culture,’ Jenkins presents the interesting metaphor of TV fans as textual poachers. In short, textual poaching is the action whereby aficionados become so versed and immersed in a text, that they proclaim themselves legitimate experts of the text and thereby create their own contextual meanings which supercede the meanings of the legitimate critics and original authors of the text. On some levels, the aficionados do possess specific knowledge about their texts, but these aficionados often socialize in isolated subcultures - fan clubs - which propagate mythical contextual meanings regarding the text which thus become fact, being accepted as true by the majority, within their own social circles; circles in which they perceive themselves to be the experts of the contextual meanings of their texts of interest. By this token, the elitism and hubris of the contextual precepts of the aficionados, thereby intrinsically make the aficionados textual poachers, whereas the legitimate critics are careful to delineate. 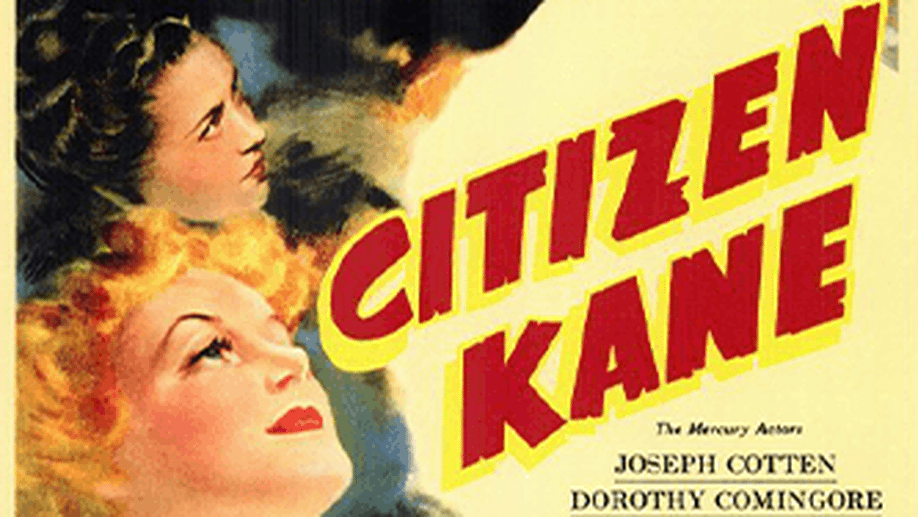 Citizen Kane and the Magnificent Ambersons

Stylistically, CITIZEN KANE and THE MAGNIFICENT AMBERSONS are similar, but not the same. The majority of the scenes in each film utilize group shots, showing every character in the scene in the frame at the same time emphasizing community. Both films also utilize depth of field, where characters are filmed in large rooms or at great distances apart. In Citizen Kane, the depth of field is more widely used, especially in the group shots. The kicker scene for that is when Charles and Susan are arguing in Xanadu from the two separate ends of the room. Charles seems to be a hundred yards away. This is very spooky because it’s supposed to be their home. Later when they have a picnic, Charles tells Susan to stop shouting at him because they are in a tent and not at home, so he can hear her just fine. That scene, like all the other scenes are a microcosm of the whole film. CITIZEN KANE is about not really knowing who a person really is. Once you figure that out, it’s enjoyable to watch the film over and over again, because each scene, each line of dialog, and each frame constantly rings true of this. 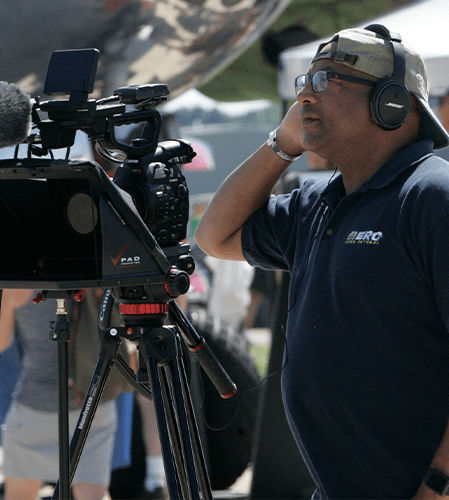 The Narrative of the Image How to Invest in Gold with a Precious Metals IRA

Retirement planning can be a daunting task, but it is still something that we must do to insure the futures of children, family, spouse …
Christopher C. Odom
Source Document The 23rd Psalm: A Faith-Based Screenplay

An alcoholic police detective wrestles with his faith in order to solve the murder of a transformed prostitute. Set amongst the urban …
Christopher C. Odom
Source Document ‘The 10 Commandments of Chloe’ Demands Your Attention

Propes, Richard. The Independent Critic. May 2013

The Beautiful Blur of Being: On The 10 Commandments of Chloe

The Ten Commandments Of Chloe

How To Make It In Hollywood Before You Make It

5 Riskiest Choices Made on The 10 Commandments of Chloe

Insight from the Inside 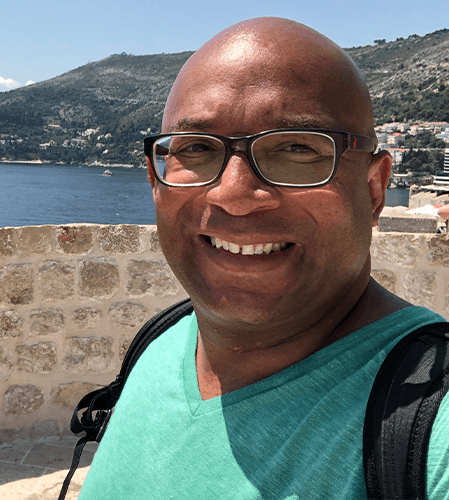 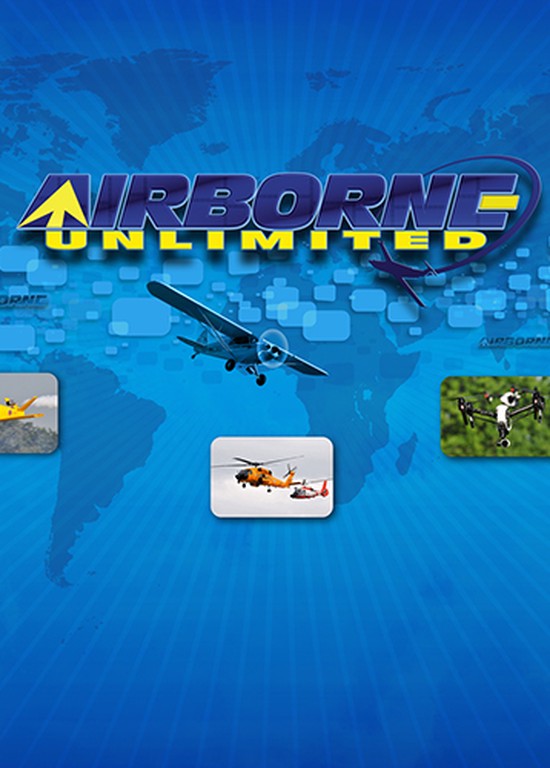 A cooperative effort of over 100 aviation organizations working with the Aero-News Network. 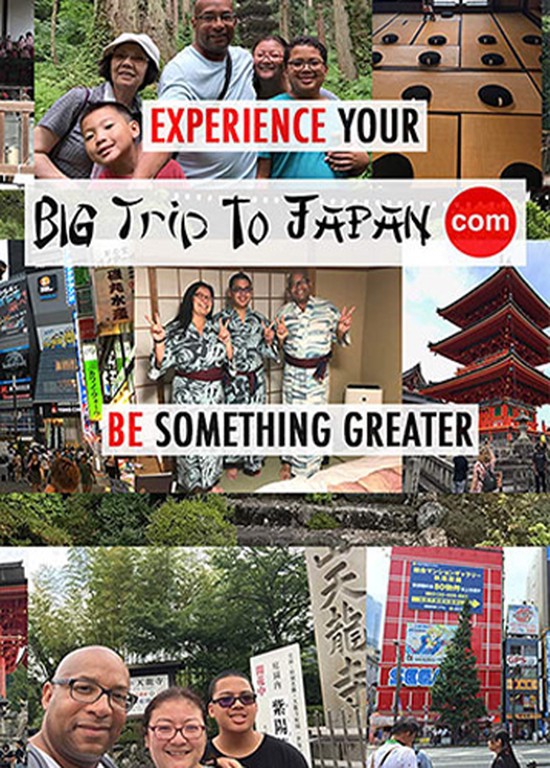 Travel series that helps viewers plan an adventurous meaningful journey of a lifetime trip to Japan. 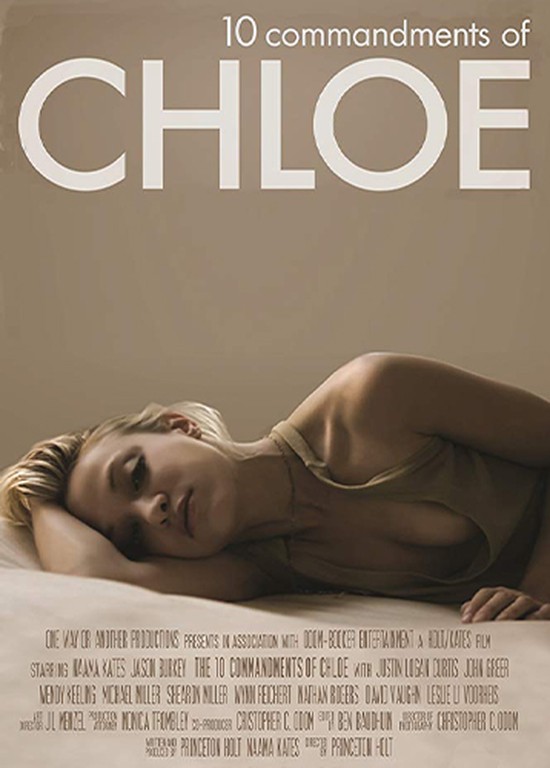 A twenty-something singer-songwriter named Chloe moves to Nashville with one goal: to find success, no matter what. 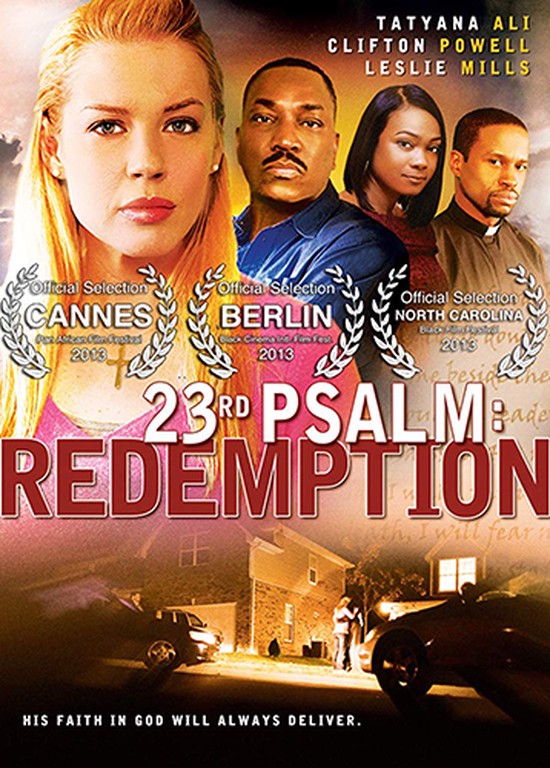 A minister and his family’s faith is ultimately tested during a home invasion. 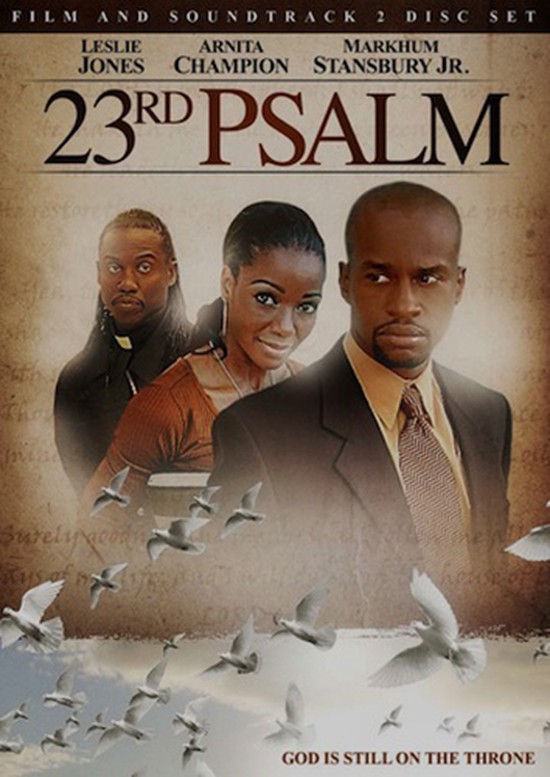 An alcoholic police detective must overcome his drinking to solve a mysterious murder of a prostitute. 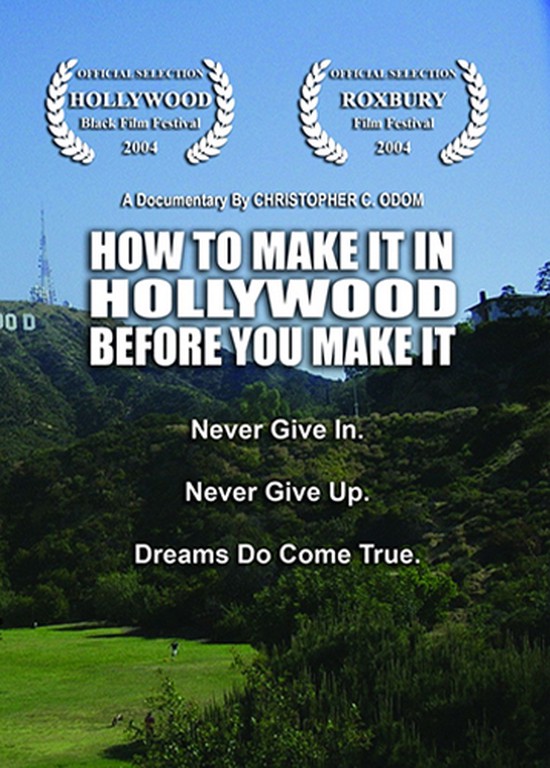 How to Make it in Hollywood Before You Make It, Documentary 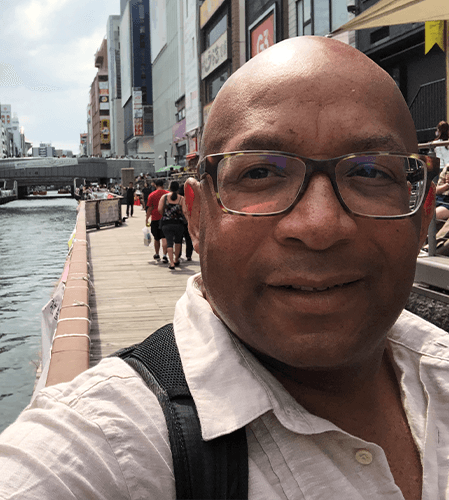